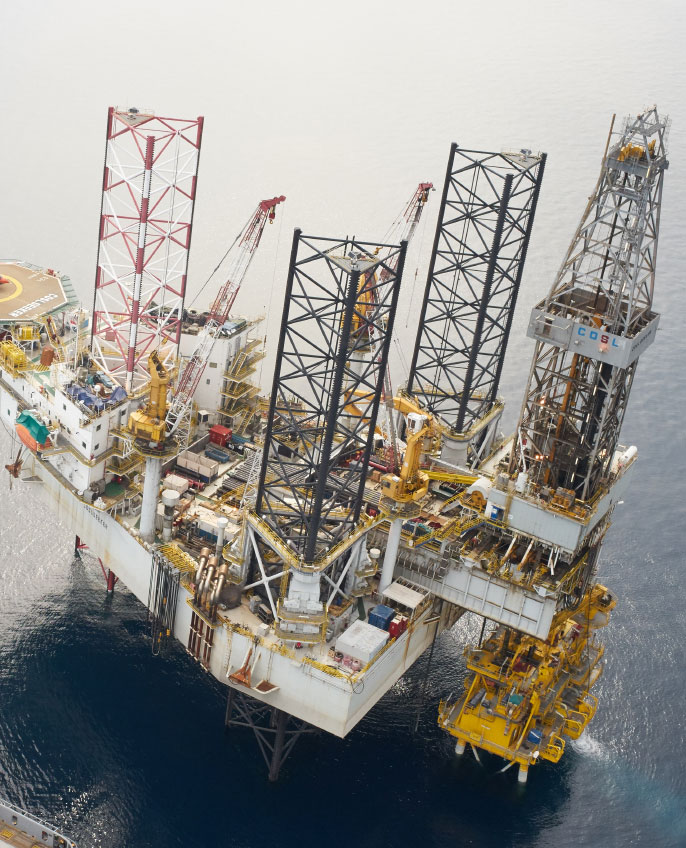 Initially established in February 1969 by an American Company, Utility Helicopter Incorporation, together with PT National Air Charter under the leadership of the late Capt. Wibisono Rusmiputro formed PT National Utility Helicopters (PT NUH). The US based company took this first step, since the Indonesian government at that time required foreign companies to partner with a local company. In the 1970s, PT NUH began its service in the oil   gas exploration in the region of Balikpapan of East Kalimantan. Being regarded as the first utility helicopter services in Indonesia, its service becomes an important support utility for industries such as oil   gas, logging, mining and plantation.

By the mid 1980s, the oil and gas industry grew positively in correlation with the increase in world’s oil price and in addition, other industries including the logging industry were growing tremendously as well.

The company in 1971 started the operation with two Bell 47G helicopters to support mining exploration at Sumbawa, East Nusa Tenggara (NTT) and one Bell 205A-1 helicopter to handle seismic activities for HUFFCO in Palembang, South Sumatera, as well as four EA Bell 205A-1 to handle the first heli-rig operation in Indonesia for HUFFCO in East Kalimantan. By 1972, PT NUH became the first to equip Bell 205A-1 helicopter with floats in support of Union Oil offshore activities north of Badak. Additionally, PT NUH had provided heli-rig and seismic services with six of Bell 205-1 and one Bell 206 helicopters to Petromer Trend in Sorong, Irian Jaya from 1972 – 1988. 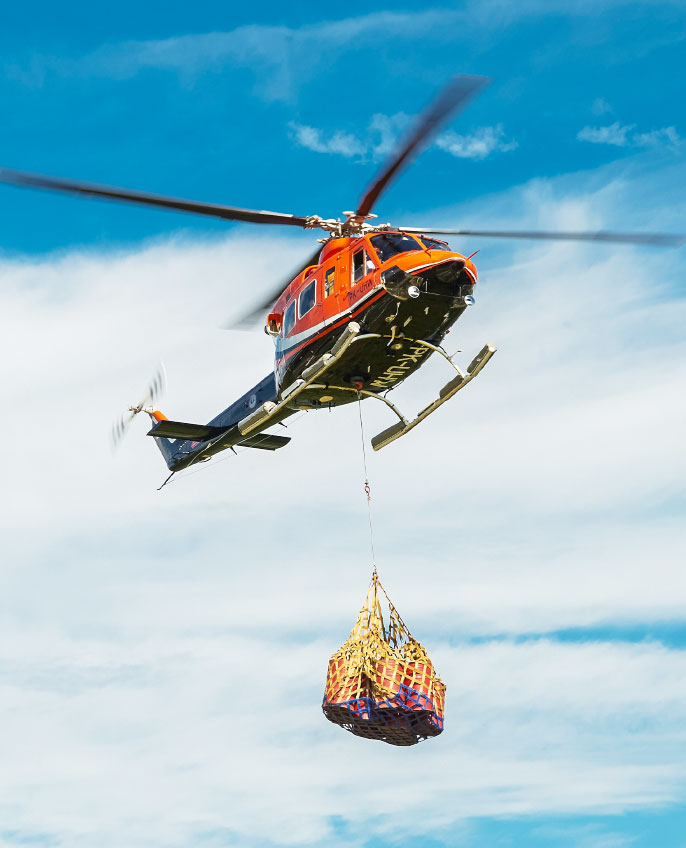 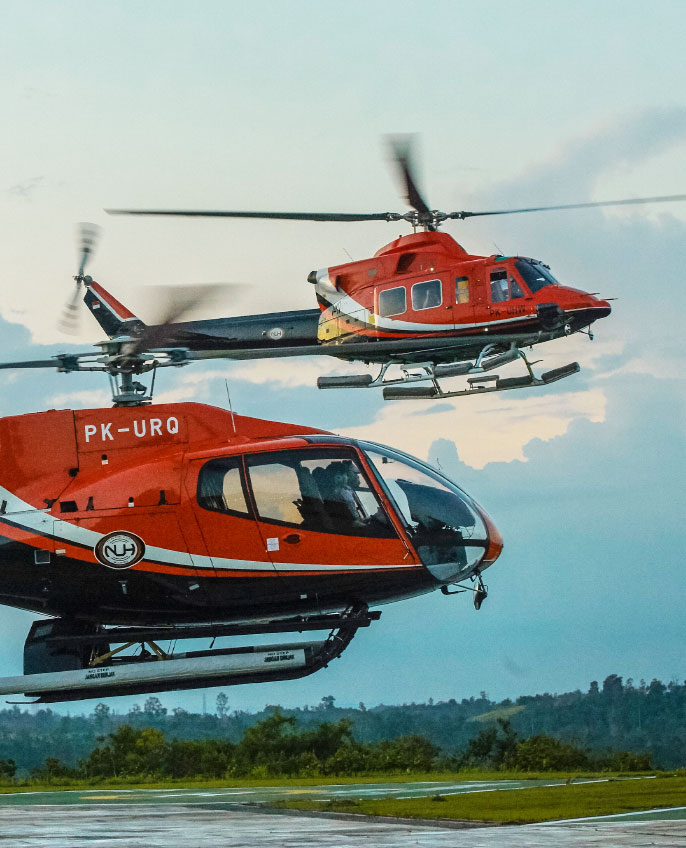 In 1994 PT. NUH started to provide service to support mining company, PT. Kelian Equatorial Mining, in East Kalimantan with two Bell 205A-1 and Bell 412 until the year 2007. After enjoying much success, the world oil price started to decline drastically due to the Asian financial crisis in 1998 and it had affected PT NUH’s performance temporarily, since the needs for helicopter charter services fully depend on the condition of the industry. However, two years after the Asian financial crisis, the mining industry started to increase rapidly in the early 2000s and the industry was quickly recovering from the economic decline.

After a series of economic growths and challenges, by 2007, a new investor, Mr. Rennier A.R. Latief came on board and brought new strategies and energy to the company.

Since then, the company has added 4 (four) new helicopters to the portfolio fleet with 2 of Bell412EP and 2 of EC130B4. Currently, Mr. Latief, through its companies owns a majority shares in the company. With a strong 45 years of experience and more than 500,000 flight-hours combined, PT NUH has some of the most experienced crews in the business and one of the best helicopter fleets to date. Having concentrated on the Bell Helicopters with proven superior performance capability, PT NUH has diversified its fleet with the purchase of Airbus Helicopters (EC130B4). By 2016, the company will also add the Agusta (AW 139) to its fleets’ line up because of its latest technology that will directly give the company a more efficient and effective overall management and performance. 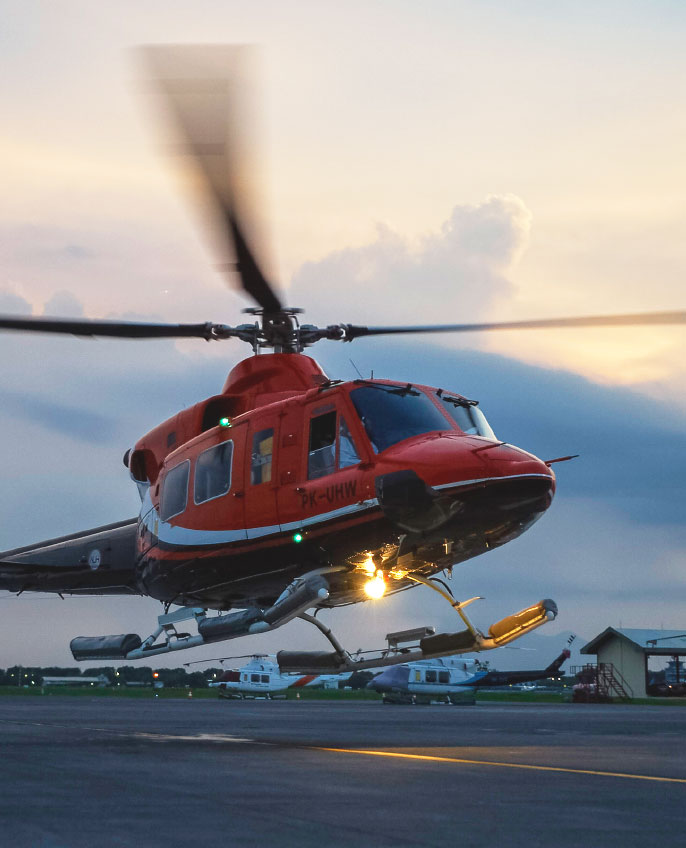